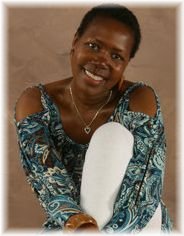 I am Mildred Bethea, 49 years of age.  In 2002 at 41, I was the third woman in my family to be diagnosed with breast cancer.  I endured a mastectomy, reconstructive surgery and 6 months of chemotherapy.  This was a year that I thought to be unbearable as I went through it. But by the grace of God, I made it.

Over the next couple years I had the normal concerns of a person that has been through cancer, for instance, will it come back?  One reason for this was because of my white blood cell count which never came back to normal from all of the previous mentioned treatments.

After a few bone marrow biopsies that came back negative, by December 2005 I received positive results.  I now had AML.  I went into the hospital in Jan 2006, and remained there for 2 months.  All of the twists and turns that I went through during that two month time span are unbelievable, but again I made it.  I came home and began to rebuild once again and did well for one year, and then in Mar 2007 I was diagnosed with myelodysplastic syndrome, which is pre- leukemia.  I was fortunate that this was found before it became full blown leukemia again. After another seven months of chemotherapy I was blessed yet another time into remission.  And it was at this point a transplant was recommended.

In 2007 with about 7 million people in the registry I didn’t match one person.  I understand that because of being of black ethnicity that’s what makes it nearly

an impossibility.  There were only approx. 515,000 blacks in the registry.  Thanks to a loving and caring God a search was made to the public umbilical cord bank where I was blessed with the stem cells from a new born baby boy.  Between Nov 2007 and now  I’ve endured many trials and tribulations, but again I’ve been blessed.  I’m living in my NULIFE, and I’m doing well.  I now do what I can to raise awareness and to try and add more people to the registry.  I proclaim to be “driving for change”.  To date more than a thousand people have been added to the registry as a result of using my story to help make a difference.               .